The process of editing. 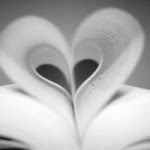 As you readers know, I am in the process of editing my MS making it publishing worthy. Well since last week I have done two edit sweeps on chapter one, that was pretty easy it is a short chapter and there wasn't much correction. I accepted the changes and added a few things. Then when my editor got it back to me I corrected another few things and then it was finished. Yay I thought this is going to be easy.

Boy was I wrong. My second chapter came in the email and one of the suggestions was that I make my ASSASSIN LIKEABLE. Huh? he's an assassin, he kills people. I know him I know he has a good heart but the reader? Not falling for it. So I did the easy stuff first. I accepted all of the changes and changed everyting else first. Then I needed to make my assassin likeable. Its not easy. I went over to one of My writing boards and my facebook asking how to make him likeable. We discussed it and I talked about it with my friend. While this was mulling it in my head I realized that i had a chance to change the readers opinion about my assassin as well as create a moment of huge betrayal in the book.

So the betrayal is set and I have made my assassin likeable and to be honest it came easy once I had more of an idea of what was going on. In fact MC #2 did it for me she said the words right in my head. Thank you! I actually did three sweeps on chapter two and it was declared good.


Now round three, chapter three. Same intensity of problem just a diferent scene, a dificult conversation between Antony my athiest MC and a religious leader. THAT was hard. A panic attack reaction which I have not experienced enough to write it throoughly. Add to that adding detail througout the scene requiring me to relive the scene in my head. Again not the easiest thing.

Yeah editing is hard. Dang hard. BUT I wouldn't have it anyother way. I LOVE my editor. I love that the scenes are coming out much better then they were before. This is going to be a dang good book when its done. I feel it in my bones. :)


To my editor and Paulette, thanks so much. To those of you at AI and Facebook thank you too. You guys are great!
Posted by C. Michelle Jefferies at 2:40 PM