Can the same story be told?

One of the recent trends especially in YA is the re-telling of fairy tales. Think about how many times you have heard the Cinderella story in any media form. Ella Enchanted? The Goose Girl? It seems that those moral teaching tales written by Hanz Christian Anderson or the brothers Grimm etc. resonate with people of all ages.

Why is that? It makes me wonder. I guess it's the same reason we have a plethora of vampire stories and everyone is unique and has it's own fan following.

My favorite origonal and re-told story is "The Little Mermaid". I especially love the Disney version of it. Disney has done such a good job at adapting stories. Each story having a great concempt theme and plot. Who else would have thought about taking the little known (at least in America) story of a girl dressing up as a man and saving China. (My good friend from Malaysia, has been told that story from when she was little.) 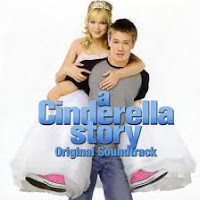 So the other day as I was finishing my MG book I had this really cool idea for this amazing story. It came to me with such clarity and a complete plot it struck me silent for a moment as the story unfolded in my head. Like a flower blooms. So as I paused from finishing my MG and pleaded for this book to take it's time so the MG wasn't over run, I wrote the details down and saved them in their own document. 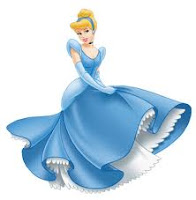 Well this morning after helping my hubby get off to his extremely early job, I had a scene that come to me about this new book. The scene was so good and the idea so cool I couldn't go back to sleep, so I went to my computer and wrote the ideas down so they were safe.

I sent the idea to my BFF writing friend and she came back saying "This sounds like. . ." one of the re-told fairy tales. She's right, in many ways it is a re-telling of the MC's character arc.

While some people think I might be disapointed I am not. I am excited to have the link to relate to. something to tell an agent "Like the modern re-telling of ______ this story follows . . . " Who wouldn't like that? 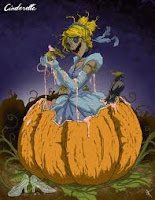 What is your favorite re-telling? Either book TV or Movie.
Posted by C. Michelle Jefferies at 12:04 PM

Email ThisBlogThis!Share to TwitterShare to FacebookShare to Pinterest
Labels: writing...

so what is it a retelling of? cinderella? i can't wait to hear about it!

personally i LOVE retellings - with a twist.

I love retellings of beauty and the beast. One of my favorites, thought it is really different is 'Beast' by Donna Jo Napoli.

Oh, this is definitely a re-telling with a twist. It's the beasts side of Beauty and the Beast. I'm totally excited. It's such an amazing story. *GRINS*

I love retellings. Especially ones with twists and new angles to them. Goodluck with your idea! :D