There are alot of reasons I love the book "A Madness of Angels" By Kate Griffin. One her magic systen is amazing. Her main character is deep and not allways perfect. Her analysis of the bad guy is amazing and I learned alot about them from her. 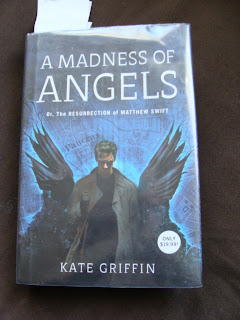 The purpose of this post is to illustrate Story Structure using her book. Whether she subscripes to the same structure recipie as I do or not she pegged it and I am going to show you what and why.

First she has the Prologue. Notice how it's short and sweet. This is the part that must pull the reader of today into the story and keep them turning the pages. Her section titles and sub titles are clever and enticing. Makes you want to move into the next part of the book. 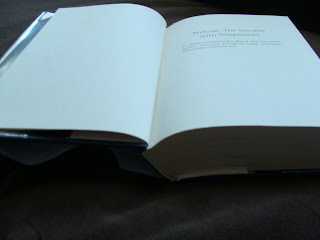 Prelude: The Trouble With Telephones In which a summoning is almost (but not quite) perfect, some new friends are made, and old enemies remembered. 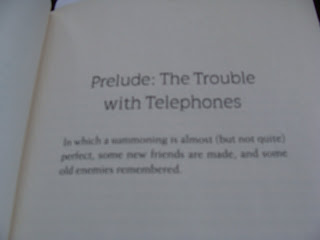 The next section called Part one is further in the book (about the first 1/4 of the book as you can see) and begins the set up of the story. It introdouces the characters and setting. Things start happening and you are sucked in by now. This is where the MC has to move or the story can't continue. The first plot point happens in this section and changes the MC's world and forces them to make decisions. 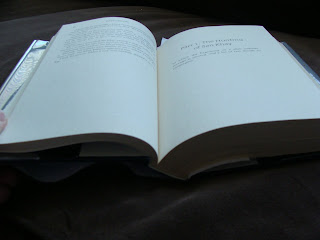 Part One: The Haunting of San Khay In which the begining of a paln unfolds, revenge is plotted, and alot of rats decide to congregate. 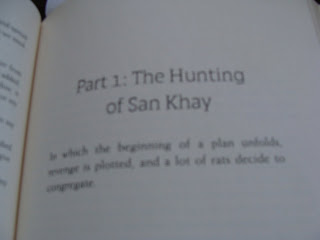 Part two is where the MC is reacting to the cirsumstances and still trying to gather friends and allies and formulate a plan. (This is the second 1/4th of the story) This leads us to the mid point where information is given either to the reader and MC or just the reader that changes everything and ther MC can no longer just react now he has to act. 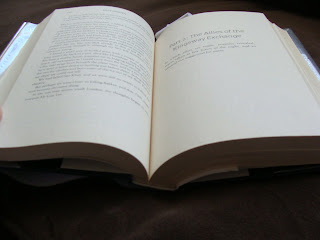 Part Two: The Allies of The Kingsway Exchange In which allies are made, enemies revealed, names take at late hours of the night, and an unusual use suggested for paint. 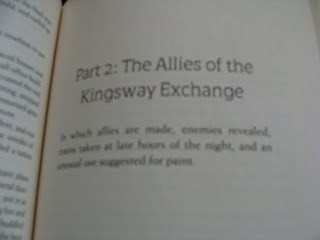 Part Three is the action part of the book. (About 3/4 way through) By this time its make or break for the MC and he has gone from the "What the heck happened?" to "Oh no you didnt just shoot that gun at me." This is leadning up to the climax of the book. Where the stakes are laid down and the MC is fighting for his and others lives. 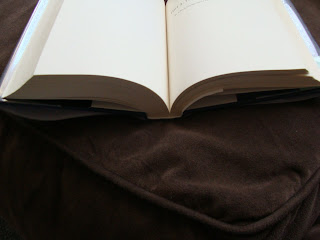 Part Three: The Madness of Angels. In which things must end. 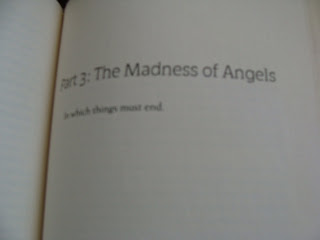 Last she has her epilogue which structure calls call resolution. This is where we tie all of the loose ends up and make the reader feel happy. This usually is the last 1/4 of the book but as you can see from the picture her's is shorter. 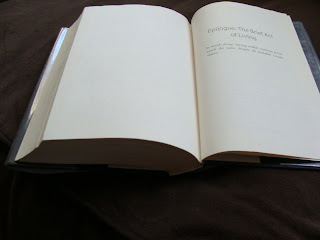 Epilogue: The Brief Act of Living. In which things having ended, continue pretty much the same, despite all probable circumstance. 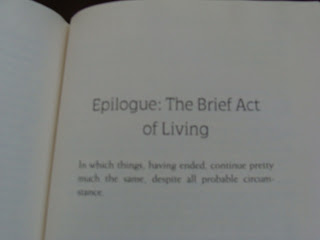 The length of the sections is up to you but the order of the parts and the plot points is non negotiable and keeps your story from sagging in the middle.

What's the use for the paint? I'm totally curious.

And that's a nice way of breaking up the story. Thanks for sharing!